June 5th Neverseen of Swords & Souls will be launched HTML5 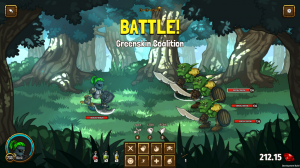 Swords & Souls of Soul Game Studio: Neverseen is a fantasy role-playing game, the game was released on June 5 exclusively on Kartridge for PC / MAC, Steam &GoG releases scheduled for release.

Launched in 2015, Swords & Souls was originally a basic web game, but after four years the game quickly became popular and was played more than 15 million times on Armor Games and Kongregate. If you wish to go home, your mission is had to complete the challenges. The game has many outstanding features such as: